Accidents happen. Sometimes a laptop screen can get cracked or shattered. We Fix Computers has also seen this happen on phones, Iphones, Ipads, tablets, Samsung devices and anything else that has a display screen. 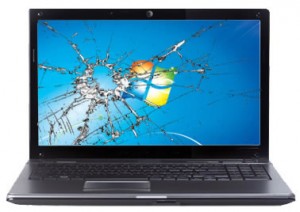 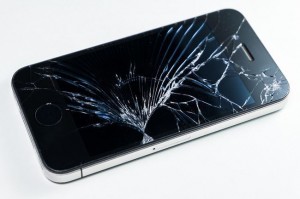 Most cracked screens can be repaired the same day. In some instances we may need to order the replacement screen directly from the manufacturer. Typically this takes 3 to 7 days.

There are several common components that are shared on most computer laptop screens. They are the glass itself, which serves to protect the internals of the screen. Normally the computer laptop glass can be glossy or matte depending on the manufacturer.

The second component is the screen itself. This can be made of Light Emitting Diodes, Plasma or Liquid Crystal Display.

The third component is the computer laptop inverter. This little guy helps transform the electrical current into something that the screen can use.

The parts listed above are the most common parts that break

The hardest part of diagnosing a faulty computer laptop screen is determining which part is at fault. All the computer laptop parts we spoke about earlier can cause the same symptoms so it takes an experienced technician to determine the right course of action. That’s where We Fix Computers comes in, we’ve fixed thousands of these broken screens and can correctly asses your laptop computer screen the first time.

Many computer service repair companies will not attempt to do the repairs because it is a very laborious affair however We Fix Computers has gotten this process done to a science. So if your device has a broken screen bring it by and get if fixed today!